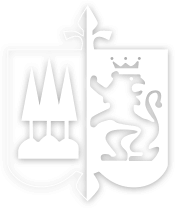 Where the Wild Kaiser gets its name from

The Kaiser Mountains and its name - the Kaiserkopf and its legend.

From the south, the emperor presents himself in his famous silhouette, particularly from Going and Ellmau, where he shows his great structure, where the "emperor" stands in front of the spectator in its full six-hour length, and his majesty protrudes Battlements skyward!

The famous Kaiserkopf can be seen most clearly from the south. It doesn't take a lot of imagination, you just have to be made aware to recognize the really noble profile of a head as if in a deadly slumber on this rocky head between the Treffauer and Ellmauer Halt, behind which the "red channel" leads. The people of Emperor Charles the Great rest here in death. The large imperial crown (which in fact resembles a crooked Ellmauer stop) sinks from his head: his hands are folded in death. It is said that at the time the Emperor Charles V, who was traveling past, cried out at the sight of the Kaiser Mountains: "Long, if I am no longer, you will still be Emperor!" Everything points to the fact that our mountains were once an imperial estate and that the folk tradition, as is so often the case, may be based on truth if it believes in a connection with Charlemagne. The names Karlspitze, Scharliangerboden (Scharlinger - Karlinger!), Kaiserfelden and Edelfelden can be traced back directly to his hunting activity there be.